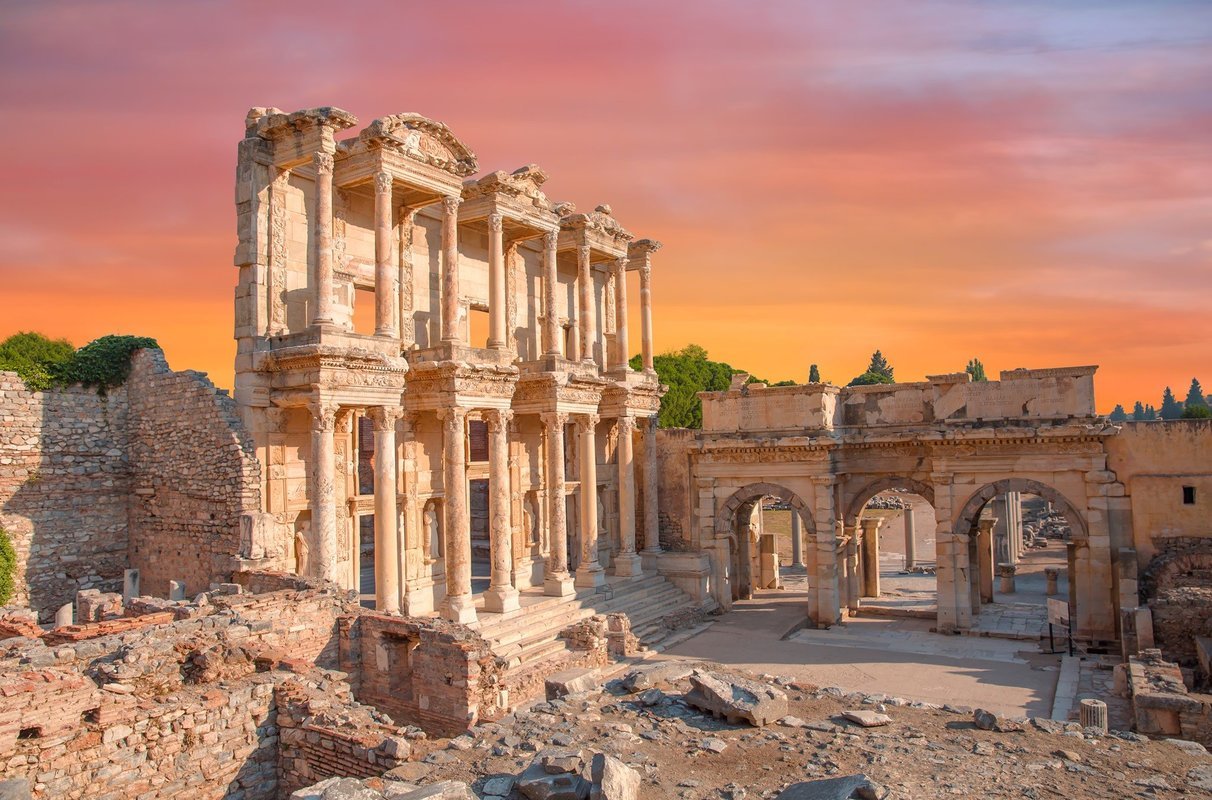 FOOTSTEPS OF THE APOSTLE PAUL

DAY 1: BEGINNING OF YOUR TOUR: Depart from Denver International Airport for an overnight flight to Thessaloniki, Greece.

DAY 2: INTO THE FOOTSTEPS OF PAUL: Arrive in Thessaloniki where we will be met at the airport for transfer to our hotel. Dinner and overnight in Thessaloniki.

DAY 3: THESSALONIKI/KAVALA/PHILIPPI: Begin the day in the port of Kavala where Paul landed with his disciples, Timothy and Silas.  This port was also a destination for Luke the evangelist when he sailed from Troas. See a Byzantine castle, the Roman Aqueduct, and the ruins of an acropolis. Follow the Via Egnatia, a remnant of Rome’s highway system, viewing Roman and Greek tombs and ruts of ancient chariot wheels.  Next, stop in Philippi, where Paul preached his first evangelical sermon and baptized the very first Christian convert on European soil. Among the ruins located on the rocky ledge above the town’s main road is the prison into which Paul and Silas were thrown. It was in Philippi that Octavian and Anthony defeated Brutus and Cassius in 42 BC. Return to Thessaloniki to explore the ancient city where Paul planted a church that would later receive two New Testament epistles. View one of the most beautiful basilicas in the city, St. Demetrius. Continue along the waterfront to the massive White Tower and nearby triumphal Arch of Galerius. Dinner and overnight in Thessaloniki.

DAY 4:  THESSALONIKI/BEREA/METEORA: This morning drive to Berea (Veria) to see the ancient wall where Paul spent many hours sharing the Gospel. Head south to view the awe-inspiring rock formations of Meteora. Take in the striking monasteries that crown the summits of these pinnacles with their wooden galleries and corniced rooftops. Dangerously hanging over the stunning abysses, these primitive dwellings compose one of the most fascinating sites on earth. A special treat awaits with a visit to one of these timeless monasteries to see the exquisite specimens of Byzantine art on display. Dinner and overnight in Kalambaka.

Day 5: KALAMBAKA/DELPHI/ATHENS: Travel to the town of Delphi, considered by early Greeks to be “the center of the world,” and explore the most famous site in classical Greece. As mentioned by Homer, the exact age of Delphi is not known. This is where the famed oracle of Apollo resided, who would slip into a trance to utter prophecies about the fate of men and nations.  Travel the sacred way to the Temple of Apollo and the Castilian Spring. Proceed to the Athenian Treasury, Delphi Theatre, and the ancient stadium. Drive to Athens for dinner and overnight.

DAY 6: ATHENS/PIRAEUS/MYKONOS: Begin the day with a drive to the Port of Piraeus and step aboard The Olympia, to start a 4-day Greek Islands cruise. Spend the afternoon exploring the Island of Mykonos, world-renowned for its lovely windmills, small cobblestone streets, and countryside. Return to the ship for dinner and overnight.

DAY 7: EPHESUS, TURKEY/PATMOS, GREECE: Step off the ship at Kusadasi and into nearby Ephesus, Turkey, Asia Minor’s greatest archeological site. This Greek and Roman city has been remarkably preserved. Step along with the broad marble where Paul walked. Gaze at the Temple of Artemis (Diana), the Temple of Hadrian, and The Celsus Library. Marvel at the massive theater where Paul was opposed as he spoke boldly about Christ. In the afternoon, enjoy cruising aboard The Olympia to the island of Patmos, built on a mass of volcanic rock. The island marks the site where the apostle John wrote the book of Revelation. Visit the Monastery of St. John and the cave where he was imprisoned. Return to the ship for dinner and overnight.

Day 8:  CRETE/SANTORINI: Arrive in Heraklion, Crete, the largest of the Greek Islands and the cradle of the ancient Minoan Civilization. This island is where the apostle Paul spent time as he was being transported to Rome as a prisoner. Visit the remarkable ruins of the Palace of Knossos, said to be the lost city of Atlantis. Board The Olympia for an afternoon cruise to the famous island of Santorini, formed by the half-submerged crescent of a volcanic caldera. Perched atop high cliffs, reach the island's breathtaking views via donkey or cable car (your choice). Dinner and overnight on the ship.

DAY 9: ATHENS/CORINTH: Early morning arrival in Athens to begin the day’s excursion. Proceed to Corinth through the Bay of Salamis and the Saronic Gulf. This city was home to the apostle Paul for over a year and inspired two of his most familiar letters. Spend time at the Corinthian Canal then tour the ruins of this ancient city. Return to Athens to view the world-renowned Acropolis and marvel at the ancient glory of the Parthenon, built 2400 years ago. Gather at Mars Hill, where Paul addressed the intellectual men of the most informed city of the time, pleading the cause of Christianity. Spend time in historical Plaka and enjoy its streets. Dinner and overnight in Athens.

DAY 10: ATHENS/USA: Transfer to Athens airport for your return flight to the USA with your heart full of memories from spectacular views and unforgettable experiences.

Contact us to build the perfect itinerary that works for you as the tour leader and your group.

Showing 1 of 1 trip Sort by 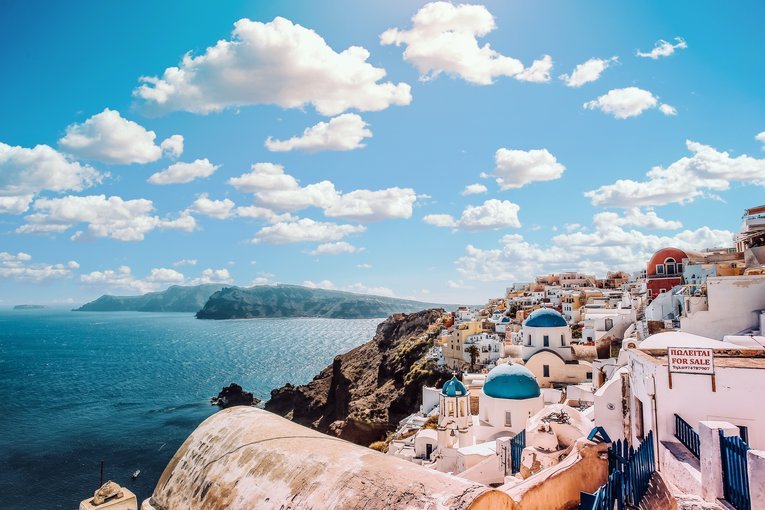 Join Pastor Michael and others from Our Saviour's Lutheran Church, Fort Collins as we explore parts of Greece and Turkey.  We will walk where the early church walked.   We will learn more about the early church's struggles and celebrations.  We will better be able to picture the world of the bible. DETAILS: Trip departs on September 24, 2023 and returns on October 4, 2023 Departure Airport: Denver, CO (DEN) PRICING: $4,690.00 per person based on double occupancy - book now as space is limited! Single room supplement - $950.00 Land only (if booking your own flights) - $3,540.00 (airfare credit $1,150.00) PAYMENT PLAN:  $500.00 deposit per person with registration to secure space $1,000.00 of the total amount is due on or before May 1, 2023 Balance due on or before August 18, 2023 REGISTRATION: Registering online? Click the "BOOK NOW" button and fill out the online form; you can pay by check or with a credit card (a 4% platform fee applies) Registering by mail? Please download and complete the registration form (both the personal information page and the terms and conditions page signed at the bottom) with a copy of your passport and a deposit of $500.00 per person made payable to Elias Tours and mail to: 4941 Chalden Ln NE, Marietta, GA 30066 Download the Registration Form  FLIGHT SCHEDULE: Flight information will be available 3 months before the return date. Please continue to check the itinerary on the website for updated flight information. * Flight times, flight numbers, equipment, gates, and seats are subject to change. For the most current information check the airline website.

FOOTSTEPS OF THE APOSTLE PAUL